The UCR Taiko Ensemble (MUS/AST 169) is a quarterly course that examines the study, practice, and performance of taiko. The course is open to all who are interested, no prior musical experience is necessary. Taiko means “big drum” in Japanese. In a North American context, taiko refers to the relatively modern tradition of kumi-daiko “group drumming,” which brings together rural traditions of festival drumming, Buddhist ritual drumming, and martial arts. The UCR Taiko Ensemble, established in 1998, was created by Prof. Deborah Wong and directed by Rev. Shuichi Thomas Kurai (1947-2018), a pioneer of North American taiko and founder of the Taiko Center of Los Angeles. Since 2017, The UCR Taiko Ensemble has been under the direction of Terry Nguyen, a pupil of Rev. Kurai. With over 18 years of taiko experience, Terry currently serves as Executive Director of TaikoMix (Riverside, CA). 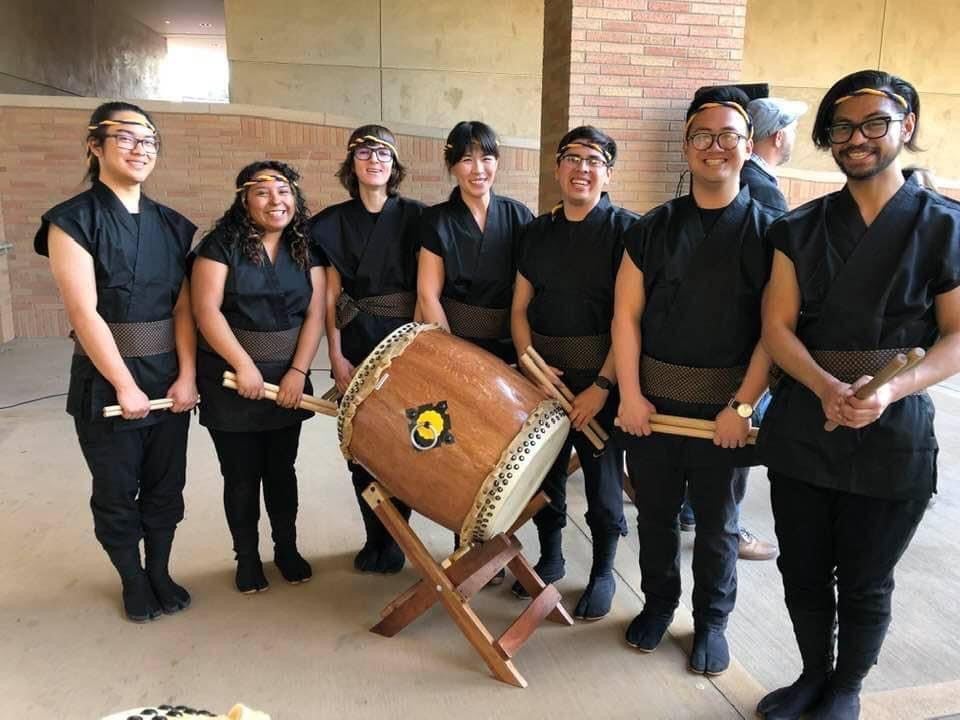 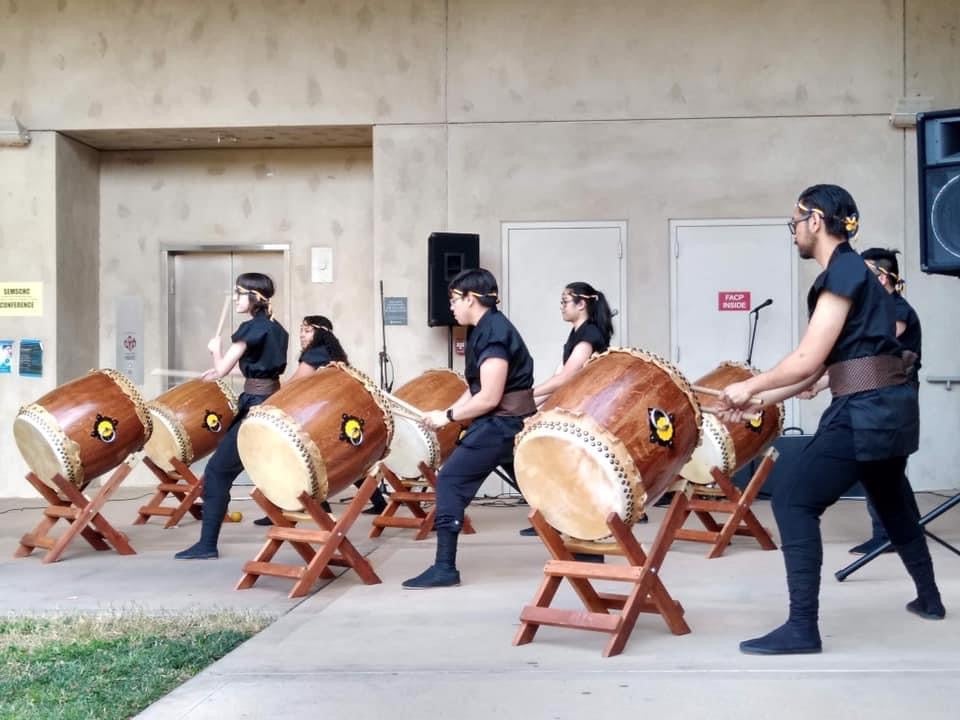